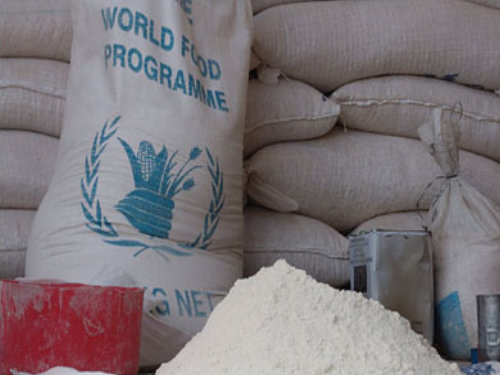 REIDsteel carried out the construction of 10 buildings in a compound in Berbera for the United Nations Food Programme. These included office blocks, vehicle workshops, hospital, community school and clinic and grain and food stores.

Rollo Reid supervised the erection of the buildings. After a fraught 24 hour delay locked in a transit lounge at Djibouti (which gave him plenty of time to mend the toilet flush) he arrived in Hargeisa sitting on a milk crate in the cab of a clapped out truck. Had the truck had seats, it would have been stolen by the police or army, imposed on Northern Somaliland by the powers that were in Mogudishu. Some satisfaction was gained watching the warlord’s finest road block troops dashing for cover as the truck backfired each time it came to a halt.

The erection crew, recruited locally, had never seen a ladder or hand tools, or even nuts and bolts. It was wonderful to watch these tribesmen showing each other how the nuts could run up and down the holding down bolts amid exclamations “w’Allah; El hamdu lilla”. We soon had whittled the crew down to the few who learned quickly and well and in a few weeks the compound was a marvel of modernity, not seen since the MPBW left Somaliland in 1950.

Unfortunately, on completion, the government of Mogadishu decided it was a good time to arm the thousands of refugees (Somalis previously expelled from the horrors of Ethiopia) and invite them to kill all the local Somalis and take their cattle and wives. Those local men who escaped became refugees in Ethiopia, thousands were slaughtered including many of the people who worked on our buildings. Not all was lost, however. Six months later, Rollo Reid was back in Berbera and Hargeisa , with new officials, investigating the provision of a new aircraft hangar to go with the new aircraft with which the EU was rewarding the murderous regime. Some of the skills with tools must have been passed on, as the whole complex had been stripped back to bare ground, only the stubs of the foundation bolts remaining.